The Characters We Love

This week, I asked Twitter’s #WritingCommunity to discuss a favorite character they had created. How wonderful to meet so many unique characters through that discussion. Authors shared selflessly their beautiful and nuanced characters during this week’s #AuthorNook discussion on Twitter. Afterwards, a thought occurred to me. It would seem that the best characters are the ones who reside in our hearts. I know I can sense this when I read a novel that it’s those loved characters that stand out. And it makes sense. We writers enjoy diving into those loved characters—their history, their needs and wants… just getting to know them as people. What else could this be other than love?

This week, three authors contribute characters from different genres, but with a similar regard towards their characters: love, respect, compassion.

I hope you enjoy! And please join the conversation in the comments if you’d like. Do you have any questions for the authors? Do you have a favorite character that you would like to share? 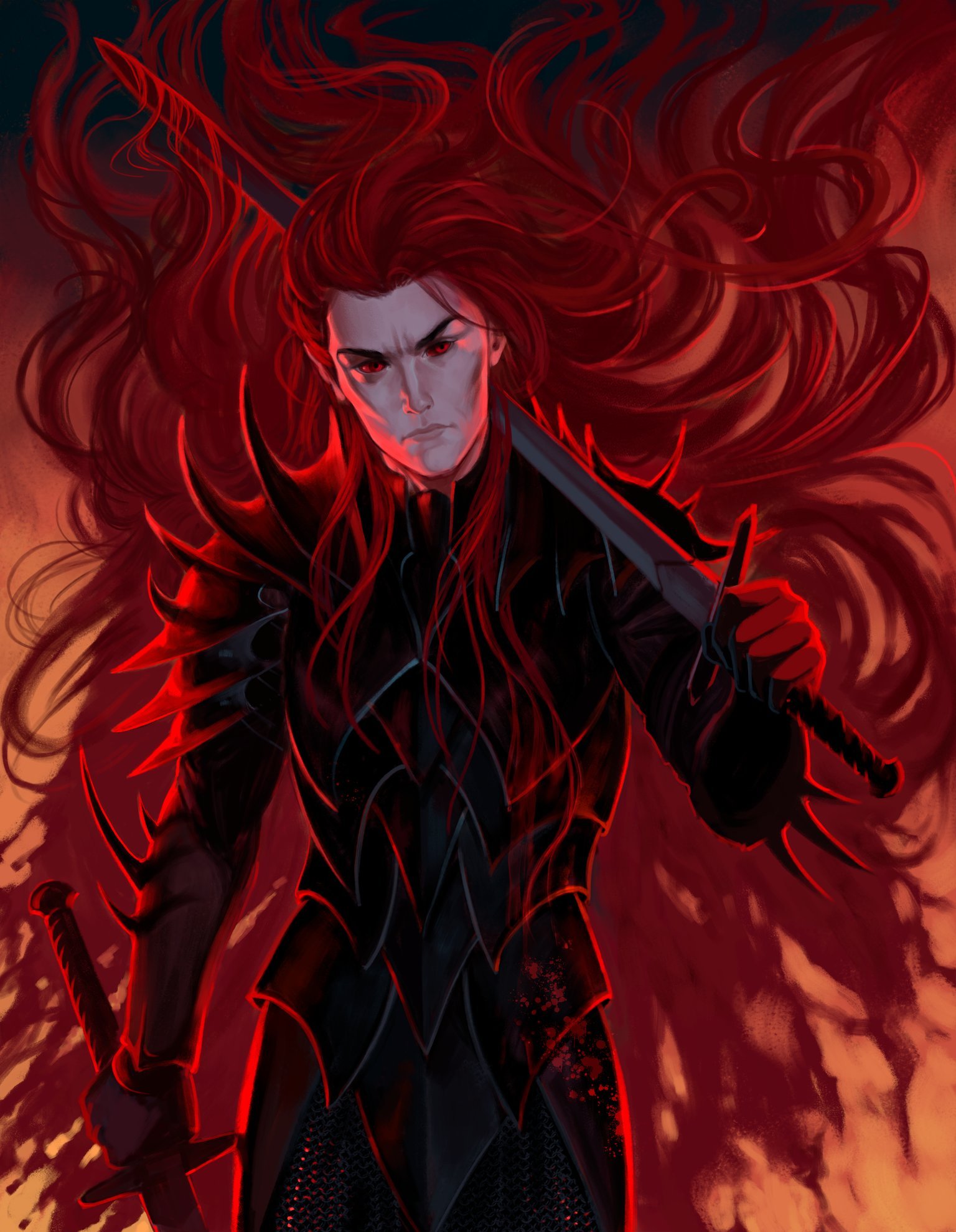 "...kill anything in front of them or die in bliss to be whisked away to their battle God’s palace of bones, steel, and blood. Drench the ground and satiate his thirst."

They kill for him. They die for him. Altars have been painted red for him. They do many questionable things in fanatic worship of him. He listens to the echoes of their war cries and clanging of blades. Their beloved God of War.

My beloved God of War, too. One of my favorite characters that I created. I can't resist warrior gods and goddesses and a warrior culture needs them, right? Once known as the consort to queens, Keldoreth is the son of Mala, the goddess of the underworld, and brother of Azaliel, the goddess of death. They were both divine births. He is the blood aspect of the trinity, blood, fire (Mala),and death (Azaliel). Which is also the title, since so much of the peoples' lives and their world center around dedication to their Gods.

Lean and tall with red hair that flows as long as the rivers of blood shed for him and fierce red eyes set against a boyish face. He was blood, war, and vengeance, with a thunderous voice that empowered his devotees in battle as they fed their blades with slaughter. Generations have drenched the ground in his name.

The priests of Keldoreth train in combat magic. They create stealth on the battlefield and the warriors go into a battle meditation while the priests infuse them with blessings of strength and savagery on the battlefield. When they die in battle, his sister Azaliel places flowers on them before he whisks them away to his Hall, which is like a warrior heaven. Since Keldoreth is associated with blood, they perform human sacrifice rituals with captured enemy warriors as blood gifts. There is also a holiday dedicated to him, the Festival of Victories, where they engage in all sorts of physical games and have a mock battle.

Find out more about him in my first dark fantasy novel, Blood, Fire, and Death. It's currently in the polishing and editing stage and I'll be posting updating on Twitter at @MBlackrane.

Maria Blackrane was born in upstate NY. She discovered a passion for writing when she was

six years old. She started writing stories about the adventures of people and their pets before

she moved on to more twisted subjects later on in life. She studied history and anthropology and took creative writing classes as electives. Her favorite genres to read and write are horror, darkfantasy, and grimdark. She works in social services during the day and in her spare time, loves foreign shows and movies, she's a horse rider, wine witch, sushi gobbler, sometimes-yoga enthusiast, and collects dead things.

In my Lunarian Chronicles Series, Theophilus Thistle is one of my best creations. He started out as a

side character in a different story and morphed quickly into a mainstay. His introduction literally prompted me to write a new origin book for the series, which is now book one, Crescent Moon. Once that was written, I couldn’t get enough of him, and knew Patch needed his own book, which became book two. An anthropomorphic milk thistle weed from the town of Bunda-Bas, Theophilus (or Patch as he is often called) holds a strong sense of what is right, and fights with a heart that is far bigger than his little body.

Theophilus stands just over a foot tall, armed with his thorns, little thorn daggers and a sentient magic wand called Digus. Theophilus often finds himself standing up for others as a champion of the light. His valor and deeds have garnered him high praise from many champions of the Saelen Kingdom, and it is a renown that only grows with every adventure.

crafter, creator and lover of all things nerdy. He currently has 11 books on Amazon, and specializes in Fantasy, Sci-Fi, Horror-Comedy, Fantasy-Comedy and Poetry.

Gregory Cavendish is the male protagonist in my duel POV historical fantasy, The Fires of Treason. After showing leniency towards the participants in the rebellion his father, the king, sent him to squash, he is accused of treason and banished. He’s my favorite character because no matter how much his abusive father and older sister torment him, he refuses to sink to their level. In a world where he’s expected, and even encouraged, to be a callous monster, he remains honorable and compassionate. Gregory is an incredible older brother to Elizabeth and writing him is my way of honoring the brother I lost.

Michele Quirke is an up and coming historical fiction author. She currently lives near Seattle, Washington with her husband, son, and their cat, Link. The Fires of Treason is her first published novel.

Find Michele at michelequirkewrite.wixsite.com/mysite and The Fire of Treason on Amazon.

I do hope you've enjoyed this week's Author Nook! Please remember to join the #AuthorNook discussion on Twitter every Tuesday and the blog post here every Sunday to read more from featured #WritingCommunity authors and artists. - Laken 🌹

Journey into Darkness: The Darker Side of Magic